On October 10, 2019, the 14th China (Shenzhen) International Logistics and Supply Chain Expo was held in Shenzhen Convention and Exhibition Center. The Expo will set up 14 exhibition areas with an exhibition area of nearly 70,000 square meters, attracting more than 50 from all over the world. Nearly 2,000 exhibitors from all countries and regions, international exhibitors and institutions account for more than 30% of the total number of exhibitors, professional visitors will come from more than 80 countries and regions around the world, with an estimated more than 140,000.

As an inviting party, Yidimu also appeared in the exhibition, Yidimu booth number: C7067, the booth staff on the spot is endless, the professional visitors to the site have a strong interest in our 3D printer products and expressed cooperation intention, let us see The grand event from the scene: 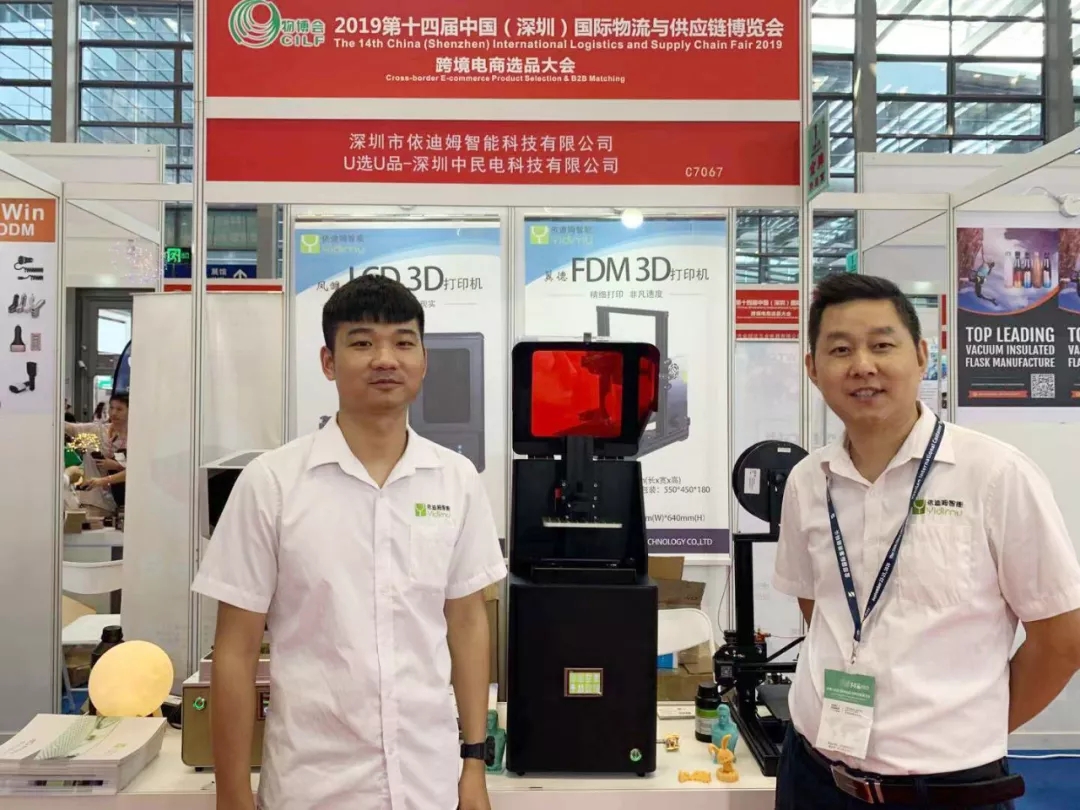 Salesman's appearance at the scene 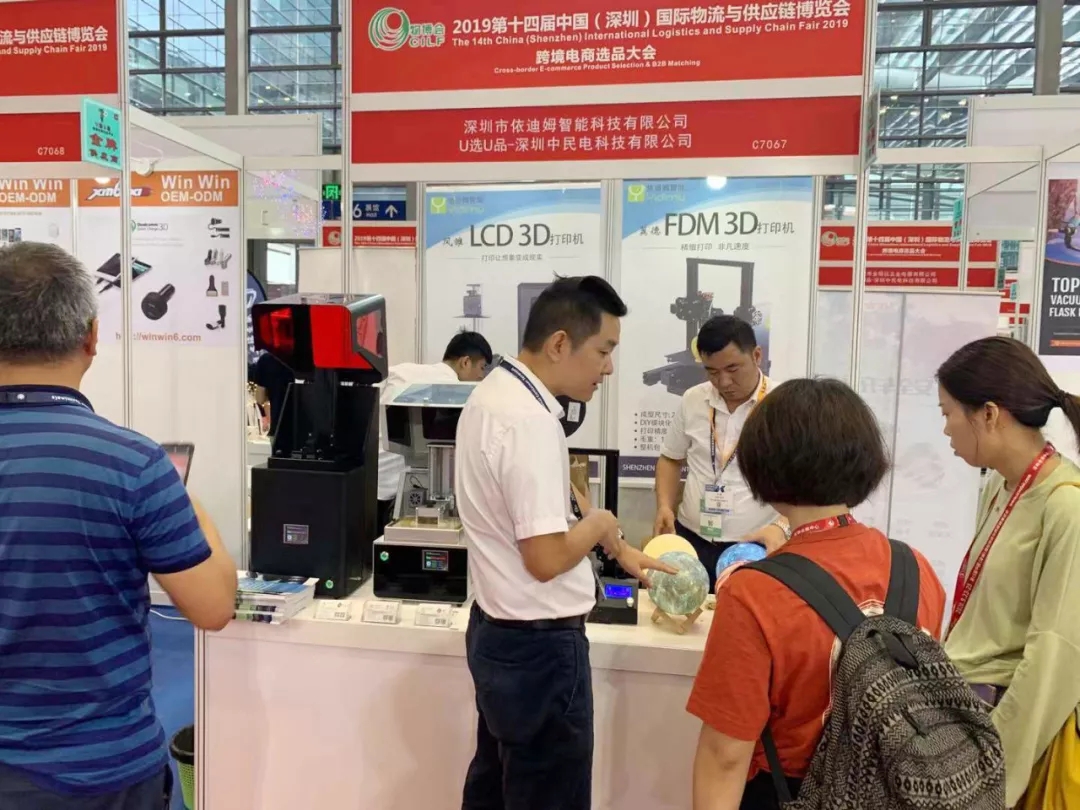 Patience to explain to customers 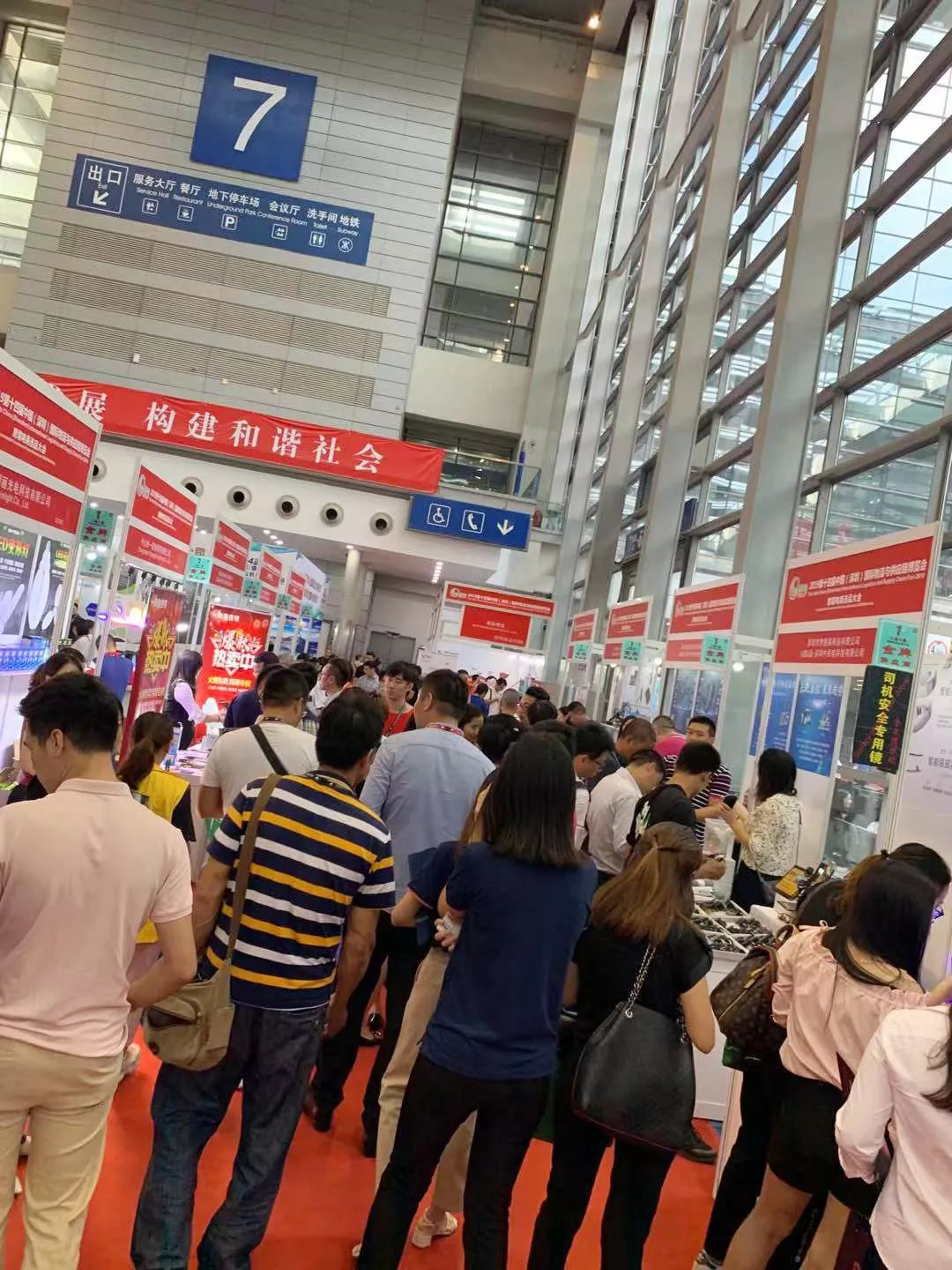 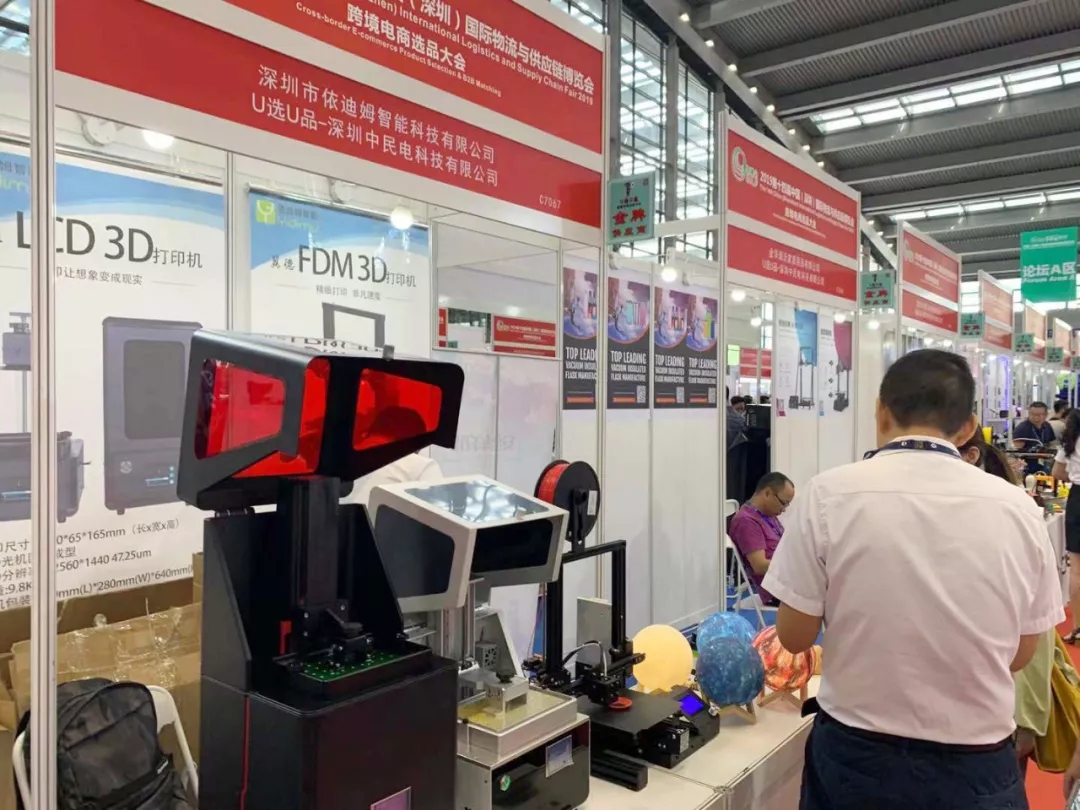 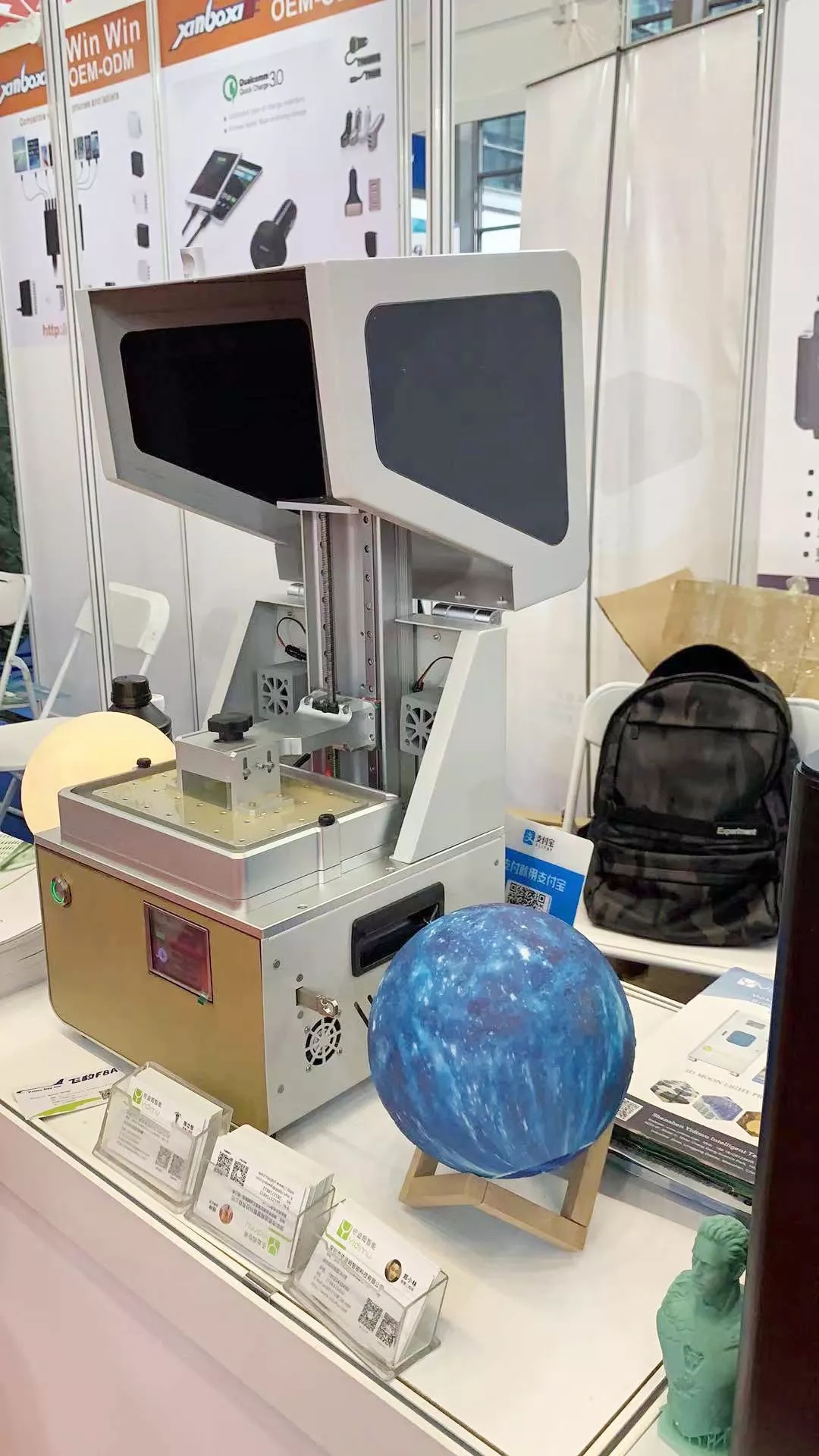 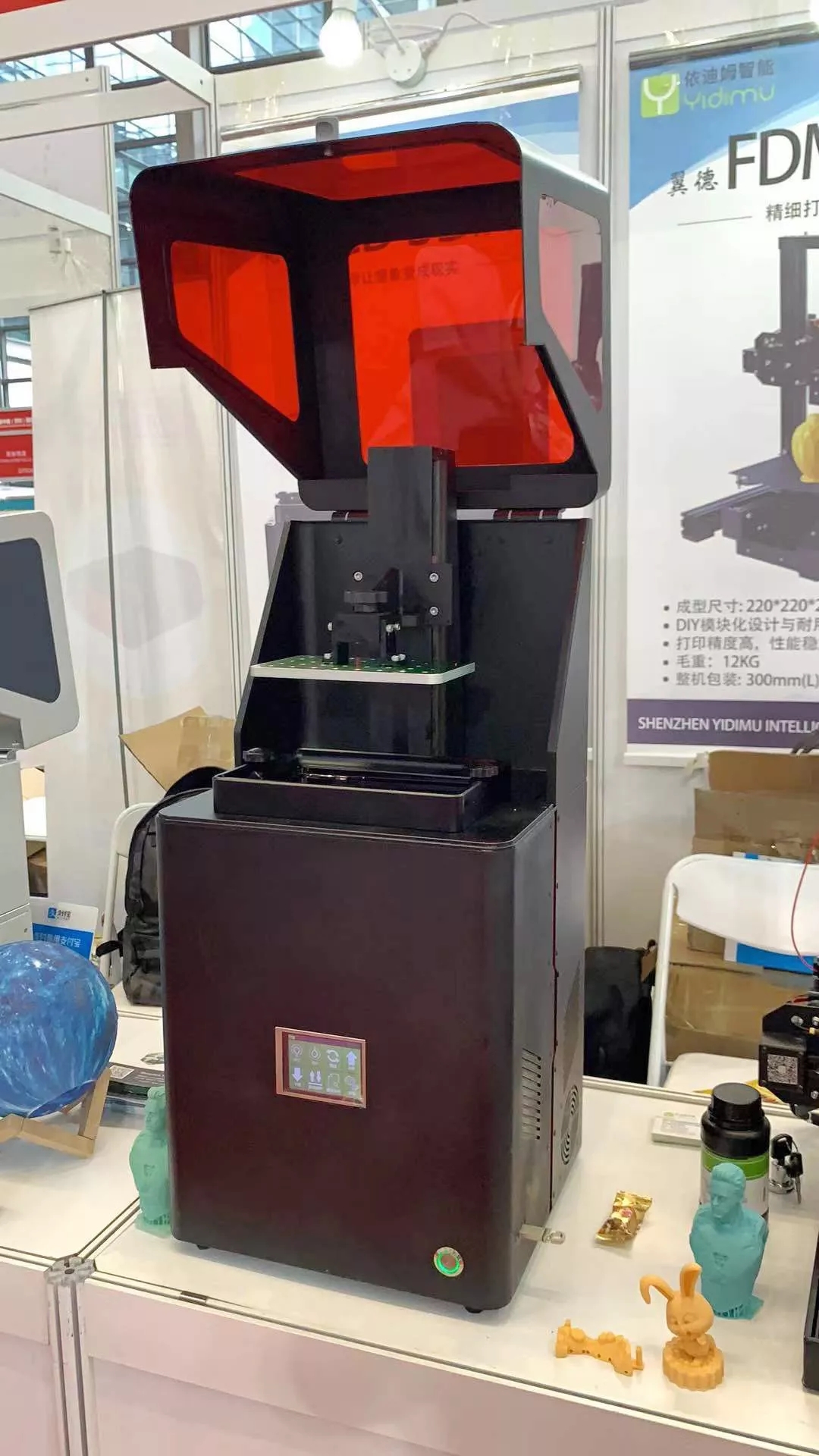 DLP has its unique advantages over other types of 3D printing technology. First of all, there is no moving beam, the vibration deviation is small, there is no moving nozzle, there is no material blocking problem, there is no heating part, the electrical safety is improved, the printing preparation time is short, energy is saved, the first consumables are added much less than other equipment, saving the user cost. . Second, DLP can produce more elaborate parts, such as jewelry, dental molds and so on. Compared with other large 3D printers, DLP printing technology can't print large objects, so most of them are desktop-level 3D printers, which are mostly used in medical, jewelry, education and other fields. 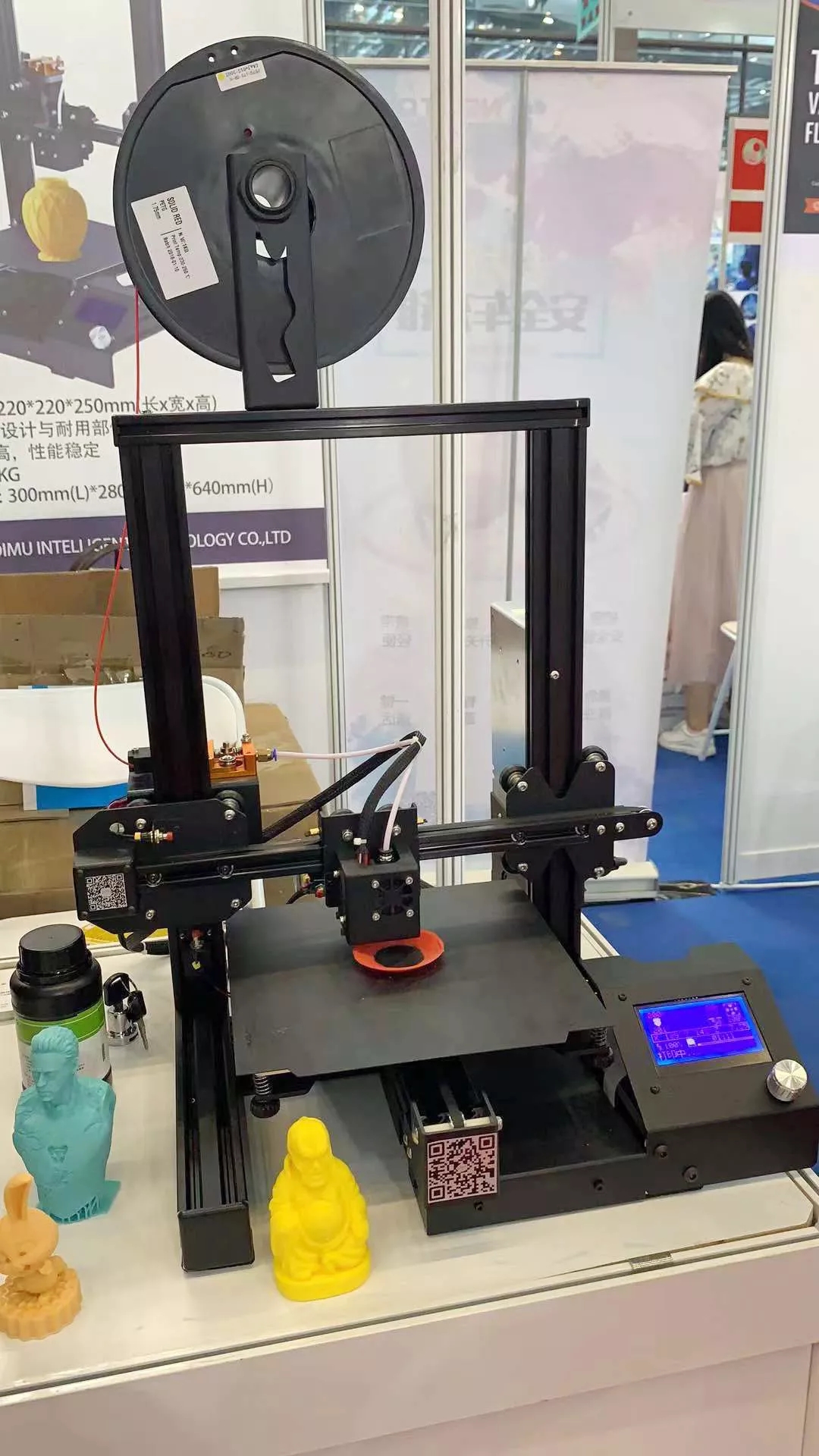 FDM: (Fused Deposition Modeling) English abbreviation for fused deposition manufacturing (FDM) process. The materials of FDM are generally thermoplastic materials such as PLA, wax, ABS, nylon, and the like. Feed in the form of a filament. The FDM melt layer forming technology heats and melts the filamentous hot-melt material, and the three-dimensional nozzle is selectively coated on the table according to the sectional profile information under the control of the computer, and rapidly cooled to form a layer. section. After one layer has been formed, the machine table is lowered to a height (ie, layer thickness) and the next layer is formed until the entire solid shape is formed. 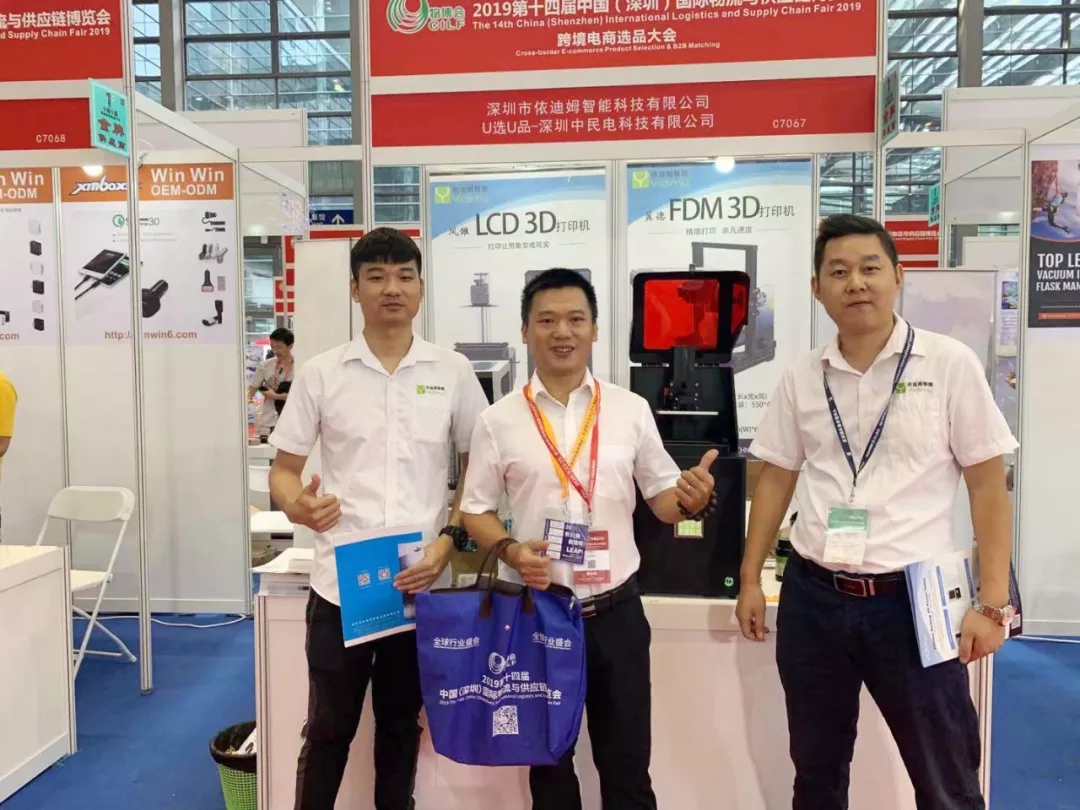 Technological innovation is the driving force behind the development of Yidimu. In the future, Yidimu will continue to expand its scale, continuously update its technology, synchronize the development of 3D printing intelligent hardware and the Internet, explore the ultimate user experience, continuously innovate in technology, continuously optimize the product line, and strive to become the first in China's 3D printing. Comprehensive service providers, let more companies and individuals enjoy the convenience brought by 3D printing technology! We sincerely invite you to come to the booth for on-site reference guidance. Your attention will make us motivated and interested to contact us.